My mouth is oh so happy! 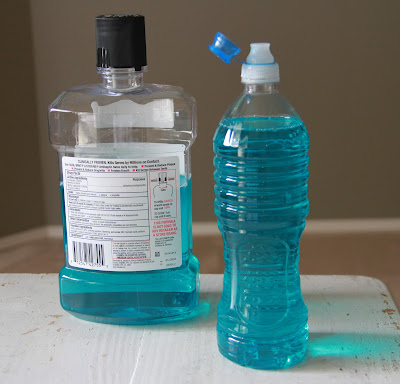 Which would you rather have on your counter or under your sink? A large mouthwash bottle (think Listerine) or a 23 ounce water bottle?

I don't know about you, but when I used the mouthwash cap to measure the necessary amount of stinging, yet tasty bad breath killer I found that the little bit of excess liquid left in the cap would run down the bottle, causing a sticky mess on my counter and on the side of the bottle for my hands the next time I grabbed it. I know it's minor, but because of this I hardly ever used it anymore. But from someone who likes their breath minty fresh, I wanted to use it.

My genius (if I may say so) came when I forgot my water bottle when going to the gym. All they had at the gym was Arrowhead, which isn't my favorite, but I like the Sport Cap when I'm doing my cardio. And then it hit me. This could work for my mouthwash problem. And it did!! I can't believe I didn't think of it earlier.

I know it's so simple, but man, my mouth is minty fresh day and night now. I love it! I don't have to measure anything. Just take a swig. I don't have a mess on my counter. And it's much smaller than the big bottle, which I now keep with my excess product stockpile. I know it won't revolutionize my life, but every time I take a swig a small part of me thinks I may just be able to bring order to my life after all.
at April 20, 2012 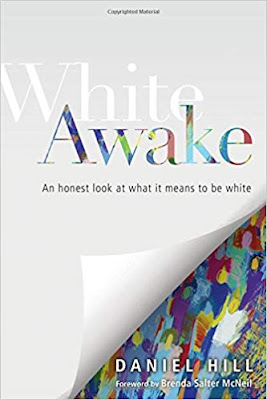